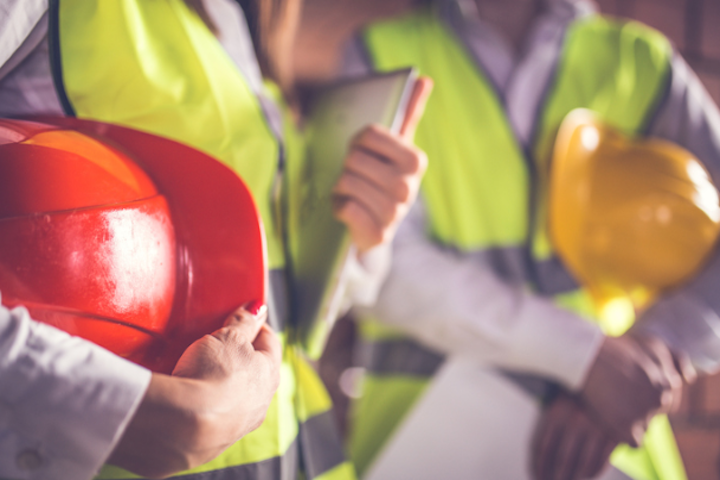 1994. Oasis’s debut album was number one in the charts, politicians were cool and Tony Blair was well on his way to being the most popular leader in generations.

The newly-opened Channel Tunnel provided closer, easier travel and trade to Europe, and according to Wet, Wet, Wet, love was all around (at least for 15 long weeks). A lot has changed since then, but alas not in the construction industry which is in many ways much the same.

According to Office for National Statistics figures, since 1994 the productivity of the economy as a whole has risen by 30%, with that famously declining industry, manufacturing, increasing its output per hour by 50%. The productivity of the construction industry on the other hand has remained largely the same since D:REAM sang that things can only get better.

While most other industries are primed and actively participating in what is often called the third industrial revolution (increased use of smart automation and digital solutions), construction is still getting to grips with the second one (mass production and simple automation).

This matters not only for the industry itself – and not only for solving the housing crisis – but for the economy as a whole. The UK economy has performed admirably in many respects since the global financial crisis, but has been plagued by stubbornly stagnant productivity, which in turn has impeded economic growth, standards of living and wages. If Britain were to match US levels of productivity, every household in the country would be the equivalent of around £21,000 better off per year, according to the treasury. However, the lack of productivity in the construction sector is a major impediment to overall productivity growth. While the service industry and manufacturing contributed over 95% of all productivity growth since 2008, the construction industry was only responsible for an underwhelming 4.5% of this.

It may make us feel marginally better to know that this is not just a UK-specific problem. In the US, despite historically famous productivity growth over the last several decades, the productivity of US construction has declined by 19% since 1964, whilst all other non-agricultural industries have improved their output per hour by 153%.

Many theories have been advanced in order to explain the dismal output of the construction industry. Some have lamented a culture of low expectations within the sector, where builders, stakeholders and clients assume developments will be fraught with inefficiencies and overruns. Others have pointed the finger at the inherent complexity of the building process which does not lend itself well to automation and identical mass produced prefabricated units. However, a seldom mentioned contribution to low productivity is that construction is a de facto state-run industry, which traditionally does not bode well for innovation and efficiency.

Think of it this way, the key raw material used in construction is land. Without land, no development can get off the ground. Yet the supply and use of land is determined solely by government. Imagine if the same situation applied to any other industry. Imagine if in order to produce cars, Toyota had to get approval from the government about what steel it could use, how much it could purchase and in what manner and design it could use it for?

Imagine if the default assumption was against providing steel use permission, unless it fit with the government’s own plan for how the car will be built? Imagine Woking county council’s local steel planning department determining what the new BMW will look like?

It is not a stretch of the imagination to assume that the car industry would not be the innovative, hi-tec, highly-skilled behemoth that it is today. Now, it is undoubtedly a stretch of a metaphor to assume that regulation of construction should mirror that of car production, yet the most successful caricatures are not the ones which distort fictions, but those that exaggerate truths.

As a committed lender, there is not much that we can do to reform the planning process so that it engenders rather than stifles innovation. However, we can, and do, support the construction industry and the economy as a whole, by working with developers to help them deal with planning issues as and when they arrive. Builders face a tough road ahead to solve our housing crisis and receive too little useful help from government. Yet they are up to the challenge and eager to build, and, in response, we at Zorin are also up to the challenge and eager to lend.