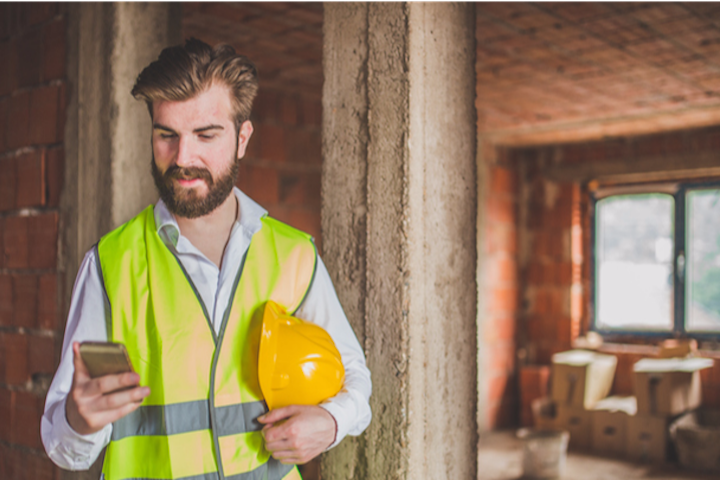 The industry is questioning whether the measures outlined in the government white paper will fix Britain’s broken housing market. The answer is no.

Ok, perhaps that response needs expanding a bit. The housing crisis won’t be solved by this or any other reasonable government policy, and what is more, we shouldn’t expect or even want it to (in the short to medium term, that is).

Ok, perhaps that response needs expanding even more, as it is almost common law that despite vitriolic disagreements as to the cause and solution to the housing crisis, the one thing everyone now agrees on is that the crisis is a crisis and indeed does need to be solved.

However, we need to be careful what we wish for. Solving the crisis to the extent that anyone with a decent job can comfortably afford to buy a home after a few years of saving is arguably an unobtainable and dangerous conceit.

The UK’s housing crisis is a phenomenon that has built up over decades. Decades of chronic undersupply of new homes, decades of rapid population growth, decades of governments determined not to let prices fall and, most recently, a global economic crisis which has kept interest rates low, debt cheap and resulted in UK property being regarded as one of the world’s safest asset classes.

The result is a housing market that is inextricably woven into the political, economic, demographic and cultural fabric of society. To the extent that any radical attempt to solve the crisis will simply cause other potentially worse crises to materialise somewhere else in the economy.

With regards to home ownership, solving the housing crisis is relatively simple and essentially boils down to two main solutions:

1. Build more houses, thereby making them cheaper, so people can afford them with the money they currently have.
2. Increase the money that people have or can get access to, so they can afford expensive houses.

Taking the first solution, the median home is now over eight times more than median earnings (this figure rises to anywhere between 10 and 25 depending on the London borough). For those who have actually bought a home, the ratio between price and earnings was 5.72 in 2016 (a hair off the all-time high), according to Halifax. Assuming that this ratio is the upper limit that enables normal people to buy a home, a fall from a ratio of 8 to 5.72 would necessitate an average fall in house prices of 30% (assuming wages stay the same).

Such a precipitous fall – even if achievable – would plunge millions into negative equity, drive numerous pension pots into the red, cause political upheaval, decimate the private rental sector and cause the collapse of the house of cards that is the buy-to-let market, leading to even more disastrous economic consequences.

Not ideal. So, let’s then consider the second option: increasing peoples access to money. This can be achieved by increasing wages by 30% (good luck with that), or by increasing the availability of debt through cheaper loans (been there, done that). The result either way is the same: more money chasing too few homes, causing house prices to increase further.

Of course, the ideal solution is a balanced marriage of the two, which would cause houses prices to simultaneously fall due to greater supply, and also rise due to the increased purchasing power of buyers. The net result being not much in real terms.

The road to recovery is long and should not be rushed.

As such, in contrast to many other commentators in this space who have dismissed the paper as being wholly inept, feeble and even a waste of ink, I’m not unenthusiastic about its potential impact. But, the secret to happiness is lowering one’s expectations.

Therefore, the question asked about the white paper should not be if the measures outlined will fix Britain’s broken housing market. To my mind there are three sensible questions:

Having read the government’s white paper, I think that the answer to question two stands a good possibility of being “yes”, while there’s an even chance of question three resulting in either a “yes” or “no” answer.

Considering a few key takeaways more clearly, the white paper enables chronically underfunded local authorities to raise planning fees by 20% and to levy fees on appeals (refunded [if] successful). In theory, this should help planning departments to take on more staff with greater expertise and also to offer premium services for some applications. Furthermore, unlike direct funding to local authorities, this increased income will scale in proportion to an increase in applications. It also may incentivise developers to submit higher-quality proposals which should further reduce the burden on planning departments. However, increased fees run the risk of hurting SME developers, for whom a 20% hike cuts deeper into their working capital. As such, one would hope the higher fees are targeted towards larger developers.

The government is also getting tough on large developers, with the notion of land banking being promoted from the realm of conspiracy to that of governmentally recognised fact. Developers will now face a “use it or lose it policy”, with local authorities given powers to make compulsory purchases of stalled sites and then auction them off to other builders. This may simply result in fewer sites being brought forward in the first place, and it is yet to be seen whether or not local authorities possess the wherewithal to undertake such a process.

One measure which holds the potential to provide a good stock of new housing is the government’s new found admiration for high-density housing. Though many of the Tory heartlands still favour two-storey, semi-detached ‘castlettes’ with both a front and rear garden, this is not the case for the nation’s many urban hubs, which are much more continental in their housing outlook, possess good and growing infrastructure and which will be the recipients of the greatest population increase in the future.

Despite all these small tweaks to the housing sector, a primary and much under discussed factor in Britain’s housing crisis is the lack of innovation in the industry. Homes are pretty much built in the same way that they were 20 years ago, while communications, transport and retail have undergone radical transformation. In this light, the government’s interest in modular construction methods does offer exciting potential to get more homes built at a lower price. Though mass enrolment of such modern construction methods are probably a decade or two away.

However, as with other sectors, the major issues affecting the housing market will most likely not be solved by heavy-handed government intervention, but rather through innovation spurred on by plucky young upstarts such as Tesla, PayPal, Uber and Netflix etc. While the construction industry waits with bated breath for successive underwhelming announcements from successive governments, the Uber of housing is quietly gaining ground, developing the potential to really transform how houses are built and funded.

In the meantime, we at Zorin will continue funding the best developments in the most suitable areas.